Is 10 Year Challenge on Facebook a Scam to Harvest User Data?

The 10 year challenge on Facebook has been making rounds over other social media applications as well where people post an old profile picture alongside the current one to see how much they have aged. However, with Facebook’s harrowing past due to user data privacy issues, it is believed that the ‘Challenge’ might actually be a way for Facebook to harvest even more data about its users. Skeptics speculate that these posts could potentially be used in developing facial recognition technology , or simply be sold to another company.

A conspiracy theory hinting at Facebook’s sinister ulterior motives in an opinion piece written by Wired Magazine’s writer Kate O’Neil has been creating buzz over the social media.

“We need to approach our interactions with technology mindful of the data we generate and how it can be used at scale. Even if this particular meme isn’t a case of social engineering, the past few years have been rife with examples of social games and memes designed to extract and collect data.”

Amazon also introduced real-time facial recognition services in 2016 and sold these services to law enforcement and government agencies. But this technology incurred criticism due to privacy concerns.The police could use the technology not only to track the crime suspects , but also people who are not committing crimes, such as protesters and others whom the police consider a nuisance. 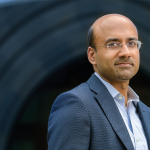