While football is popular to watch here, it is nowhere near as popular or established as cricket. As a result, the prospects of having a football career are slim to none for a Pakistani.

However, a young man from Lahore has defied the odds and made our country proud! Footballer Abdullah Abbas has signed a contract with West Ham United Football Club, one of England’s top football teams. His 3 year contract with the team is in the Youth/Senior program, which would see him rotating between the reserves and the first team for the duration of the contract.

Why this achievement is so important?

Abdullah Abbas may make it look easy, but achieving this goal is much tougher than your average goal. The state of football in Pakistan is pretty sad. Players are not being paid and certain departments are being forced to shut down their teams due to lack of funds. Plus there is a massive scarcity of football tournaments being organized within the country, as people just don’t watch local football. As a result, for Abdullah Abbas to make his dreams a reality, he would have had to work 3 times as hard to make up for the lack of training facilities here. Anyone working hard to make their goals a reality should be commended, especially someone as young as Abdullah.

It’s not just about Abdullah

Representation matter, in all forms of media. While sports facilities and opportunities are scarce here, the audience for football is not. Literally everyday some match or another is trending on Twitter in Pakistan. People love to watch football here. If you hadn’t noticed, football is a pretty universal sport. However, representation is geared towards white and black people more than brown people. The most popular Muslim footballer right now is Mo Saleh. But the list is few in number. Seeing more people who looks like them or is from the same place like as them motivates other to do the same. That Pakistani child whose parents say that football is not a career can now point to Abdullah to prove otherwise. Young boys and girls can realize that they too can achieve their dreams of playing in these world famous arenas. This is a moment of celebration for the country. However, not everyone seemed to think so.

The trolls tried to end his dreams

While most people would be happy that one of their own has made their dreams a reality, there were some that did not feel the same way. A couple of days after the news broke, Abdullah took to Facebook to relay a message. Apparently some people from Pakistan had emailed the club and insisted that they should remove Abdullah from the team. They would give vague statements either questioning his character/skill or claiming that he had medical problems. It got so bad, that the West Ham management had a 2 hour discussion with Abdullah, asking him if he or his family had wronged society in anyway or if they had withheld any information. These trolls literally put his whole career on the line just because they couldn’t handle someone else being successful. This is such a discouraging moment, and one we hope doesn’t happen again. People’s lives should not be messed with for some sort of entertainment or joy. Abdullah has made our country proud, he should be treated with some respect. And even if you do not respect him, you can let him live his life. He has worked his whole life for this, and for random people to almost ruin it must be disheartening for Abdullah.

Abdullah won’t back down

In his Facebook post, Abdullah points out how he will never give up on his dream. “I’ve always defended my land and i always will defend it but today, honestly, is one of those days when i’ve lost hope for the people of my land, not my land, but the people that reside on it. I hope you all achieve what you want. I pray that we become a nation to be reckoned with but most importantly i pray that we become a nation that learns to appreciate!”

Abdullah is leading the way for future footballers to have a path towards a career in the sport. Because of him, we shall see the Green flag swaying at the iconic Wembley Stadium. Here at team Propergaanda, we salute you! 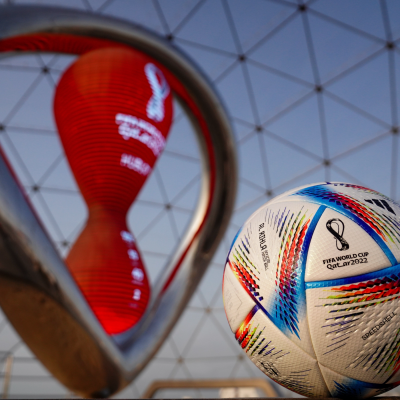