As this global crisis continues, we face another difficult conundrum:

Are people now unconsciously gearing themselves up for something darker on the horizon?

Grappling with distressing food shortages, rampant paranoia, and a global fast-spreading disease is a lot to take on at once. As a result, prison riots have broken out in several countries: a Colombian prison reported 26 deaths during a protest held by inmates.

Prime Minister Trudeau has not agreed to releasing some prisoners to reduce the risk – even faced with proof of how bad it could get, as is the case of US prisons.

Naturally, the authorities have reservations about making such a decision. However, it must be realised that the worst is already coming to pass. Fuelled by the arms-purchasing frenzy in the US and anxious about future ammunition shortages, Canadians too are rushing to stock up. Consequently, gun stores in Alberta and Manitoba are experiencing a significant rise in sales.

What we’re curious about is – why? Is there a connection between prison riots and gun buying? Or does it point to a bigger picture, one involving a sinister psychological impact brought on by COVID-19?

In times of a crisis, some people may react by taking matters into their own hands. This could be due to one of two things:

In the context of this pandemic, there may be no possible eventuality that will force anyone to take up arms to defend themselves. Currently, the prime concern is how to prevent people from getting sick and treating those who already are. The streets, however, are mostly peaceful. Regardless of the prison riots, a spike in gun and ammunition sales cannot be misconstrued as a sign of impending revolution.

But it can tell us something interesting about how people are choosing to deal with this crisis that no one can fix – except by staying locked up inside.

It’s strange and scary to think that people may be preparing for the worst. Hoarding food and medicines is one thing – but weapons? Is isolation leading people to believe something more may be amiss? And more importantly – is this wave of paranoia and prison unrest across the border going to bleed into Canada? 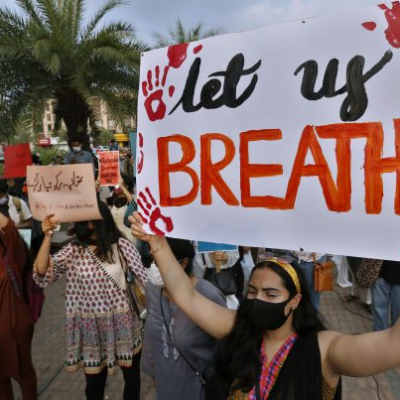 Did an American clinic just fine a woman $40 for crying?