Is Pakistan ready for a web series in which women smoke cigarettes and don’t give a f*ck?

Disclaimer: Smoking is injurious to health.

On 30th of July, we saw a glimpse of the lives of four women hell bound on avenging cheating husbands under the shadow of a Burka shop named “Halal Designs”. They are unapologetic, relentless and headstrong, three characteristics occasionally pertinent to female characters in mainstream Pakistani television. The trailer of Asim Abbasi’s “Churails” garnered praise worldwide: with its bold narrative about Pakistani women, captivating set designs, and brilliant costumes. The web-series is set to be released under the wing of Zee5, a streaming service provider owned by Zee Entertainment Enterprises. “Churails” features well-known Pakistani actresses like Sarwat Gilani, Mehar Bano, Yasra Rizvi and Nimrat Bucha; the actresses take on roles that most of us have seen in our daily lives but somehow rarely on television. The trailer contains language that you would hear on the streets of Karachi and cigarettes being lit nonchalantly as a response to the atrocities the characters face. 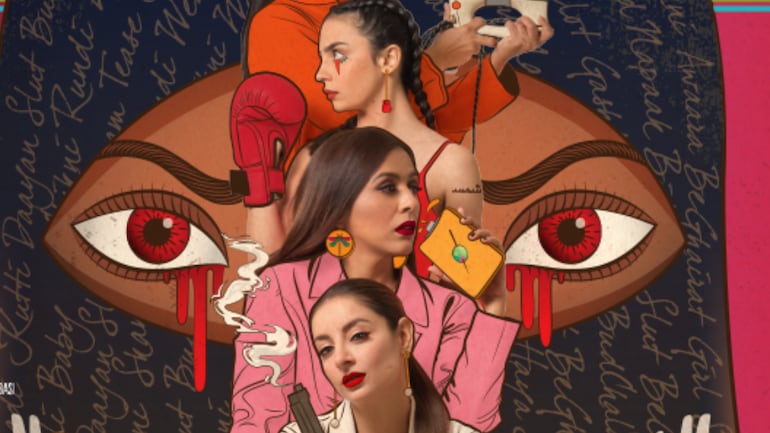 While the trailer secured well over 700k views on YouTube, we are compelled to ask: despite the relative acceptance, why is it that open narratives surrounding the struggles of modern Pakistani women fail to make it to local mainstream media channels? More importantly, if stories that creatively rejuvenate the idea of women breaking the shackles of society are met with acceptance, then why do multi-million production houses still choose to endorse narratives based on weddings and domestic scuffles?

According to the trailer, “Churails” takes a jab at the misogynistic patriarchy most women in Pakistan face on a daily basis. The characters yield from a landscape known to most South Asian women: a woman stuck in an unfulfilling marriage with a cheating husband or a financially troubled wedding planner forced to make things right. The story brings out what most women would want to see: wrongdoings being held accountable. While the plot of “Churails” is an artistic portrayal of stories and characters, it is bound to raise questions not just about dismantling misogyny but the acceptance of content where women dismantle their stereotypical representation in mainstream Pakistani channels.

There are several reasons why a series such as this would have faced serious constraints in Pakistan despite the fact that it secured adequate acceptance from the Pakistani audience. Strict censorship laws are not unknown when it comes to restraining production of content in Pakistan. If trickled down to three integral players: Motions Picture Ordinance (1979), Censorship of Film Rules (1980) and Code of Censorship (1980) are the overarching laws that narrow down the types and ways of content being aired in Pakistan.

Only recently, the country saw an extended legal battle against the release of Sarmad Khoosat’s “Zindagi Tamasha”. In an open letter to the Prime Minister of Pakistan, Khoosat shared how constant death threats and defamation led to the consideration of holding back the release of the film even though “Zindagi Tamasha” welcomed its global audience in the Busan International Film Festival. Although the movie received a green signal to be released this year, the nation has witnessed a dichotomy between the type of stories people want to hear and the type of stories being showcased.

Regardless, “Churails”, a series financed by an external source, makes it clear how local producers often feel uneasy about financing “risky” content and the consequences (both positive and negative) that are bound to arise.

With surging demand for online content and digital representation, web series like “Churails” and “Divas of Karachi” encourage the media landscape to reshape itself in accordance to a progressive audience.

From calling women responsible for Covid to being everyone’s ideal; Story of MTJ

Not every Pakistani woman has a supportive family like Mahirah Khan did in this ad. How can we change this?