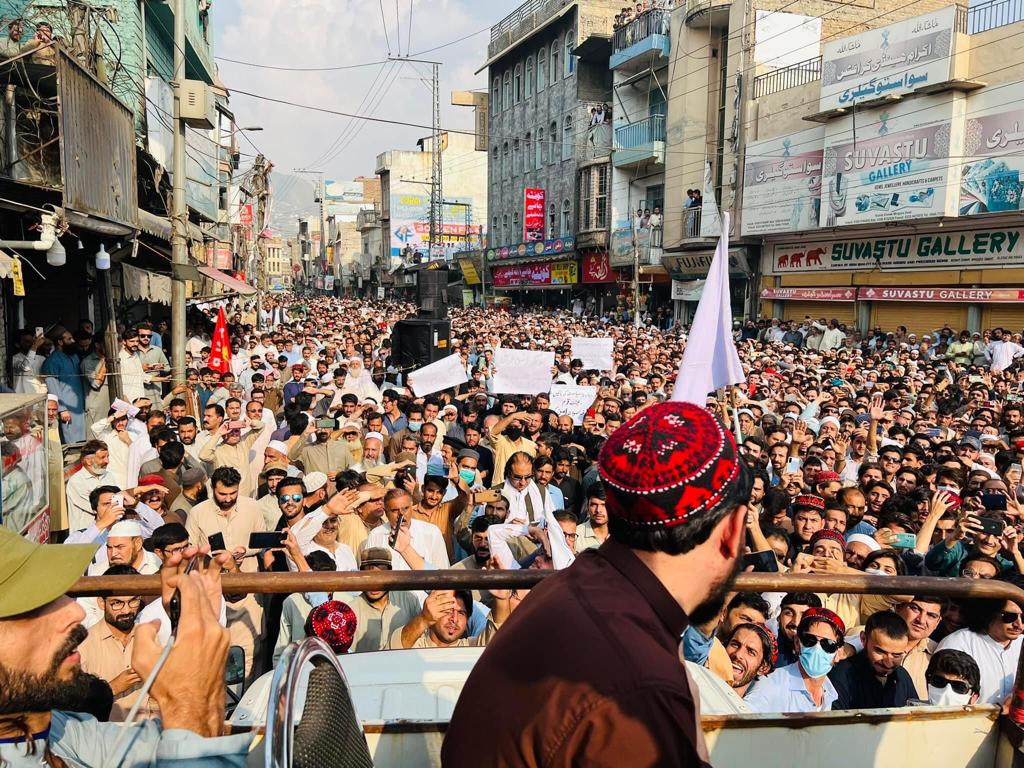 The attack on October 10, which resulted in the death of a van driver and the injuries of two students, was the most recent of several violent episodes that have engulfed the valley in recent days. The attack led locals to take to the streets to fight the swelling tide of insurgency.

The vehicle was enroute to school in Charbagh tehsil when unidentified gunmen on a motorcycle opened fire.

There were thousands of participants at the protest, which was organised by the Swat Olasi Pasoon, which includes members of the civil society, educators, attorneys, doctors, transporters, students, and young people. Manzoor Pashteen, the leader of the PTM, remarked that it was ironic that, in presence of security personnel, Taliban were once again carrying out target assassinations and phoney encounters in Swat.

The protesters said they’d march to Islamabad if the government would not comply with their demands within 24 hours and had been calling for the arrest of culprits. On October 12, Swat Deputy Commissioner Junaid Khan visited the protest site along with other officials and negotiated with the demonstrators. The authorities promised they’ll catch the perpetrator and promised to take care of the slain van driver’s children.