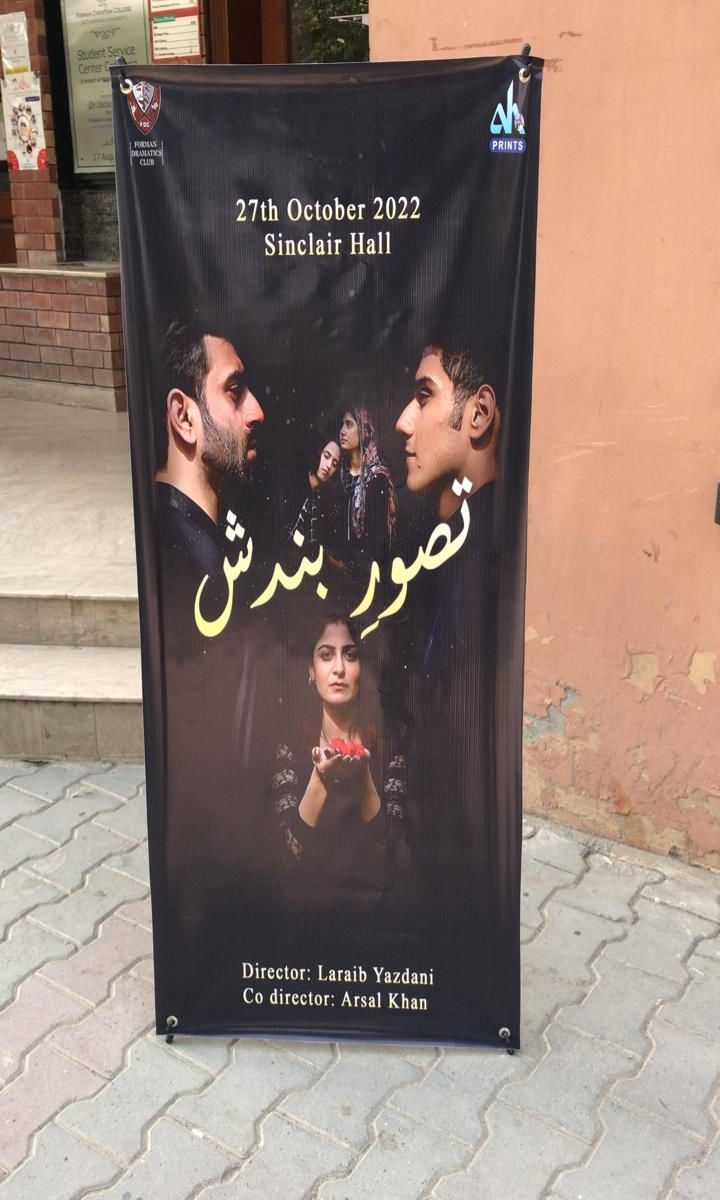 What happened: Forman Christian College University held their Dramafest 2022. Team Tasawur-e-Bandish highlighted an important issue in our society through their theatrical performances.

More: Lead cast included Rana Abdullah as younger Ali, Huzaifa as older, Rachel as mother, Fizza as sister, and Zerwa as Mehreen. Written by Laraib Yazdani, and Directed by Arsal & Laraib, Taswur-E- Bandish. Directors’ statement, “It was something which highlighted our societies current deformities and how they go on inheriting the same behavior onto the generations that come. Emotional abuse can’t be justified by mental issues!”

Fragile male ego, and misogynistic mindset prevails in the society, but highlighting such issues should be the task at hand,

Well articulated display of theatre, though the changing of scenes was a bit lengthy, diverting audience’s attention span. But the actors did justice to the stage, specially with the diversion of stage, and echoing voice of Rana Abdullah as Ali. Atleast i can easily give it a 8/10, because of acting skills, and the change of scenes from romance to sheer anger, Zerwa as Mehreen and Rana as Ali, deserved the claps. Later, Huzaifa as Older Ali, made sure that his journey through emotions is reflected upon and witnessed by the houseful at FC’s Sinclair hall.”

Saif Naveed, one of the audience members reviewed.