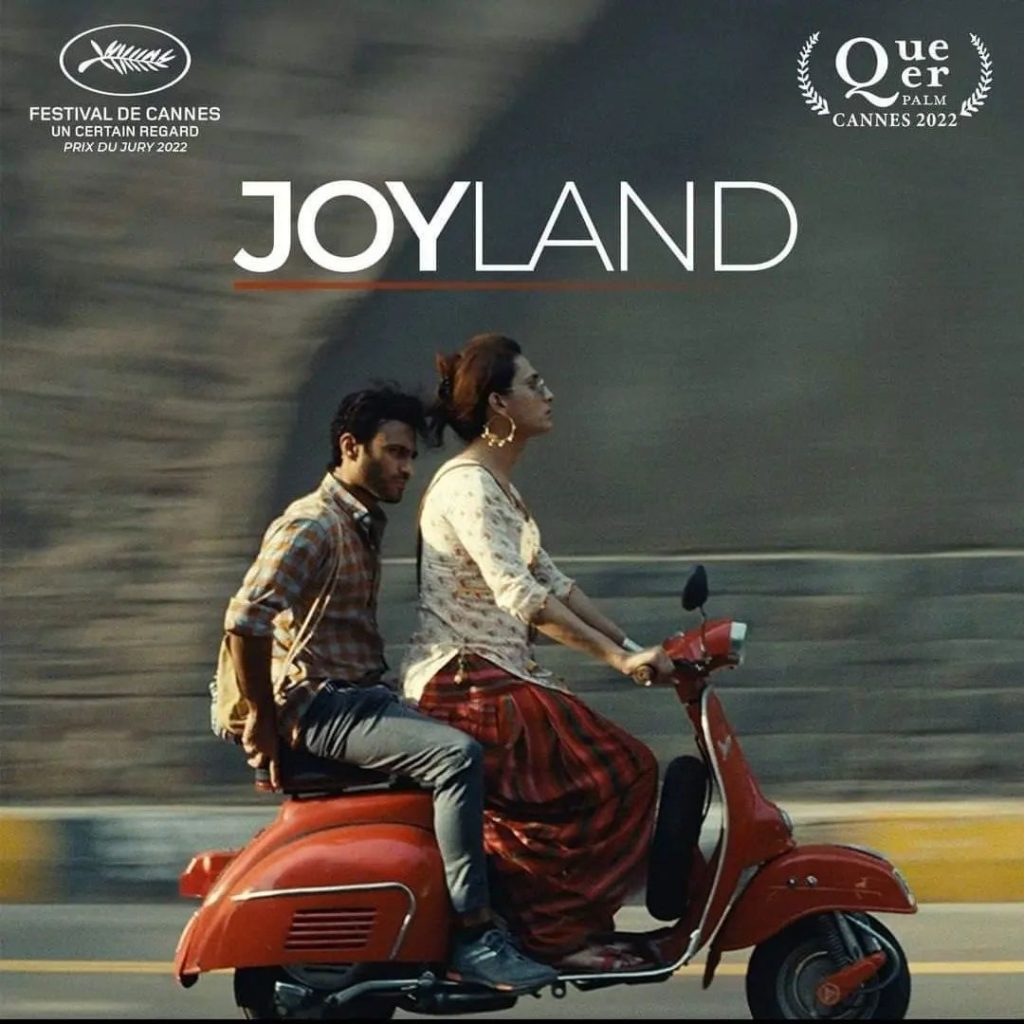 In the name of free speech, we’re calling for cinema censorship.

What you need to know: Cinema is considered the greatest art form in the world. The creation of movies produces an enormous amount of cultural impact, being able to transcend language, culture, and time. However, censorship is often a part of this process. The power to restrict a piece of art can be used for good and bad reasons, with some wanting to control what people see instead of allowing them freedom of expression.

What happened: Pakistan has faced a series of films that never came to our cinema screens. A recent ban on the film, Joyland, has caused havoc in the film industry and the viewers about the unnecessary censorship of cinema in Pakistan.

Joyland (2022), a Saim Sadiq drama film. The story revolves around the large patriarchal Ranas family, who long for the arrival of another boy. The CBFC forbade the movie a week before its debut on the grounds of “decency and morals.”

Drama directed by Shoaib Mansoor, Verna (2017). It centres around a rape victim’s hardships and life challenges. According to CBFC, “The movie’s overall plot revolves around rape, which we consider to be unacceptable.” The movie was released without any censorship following protests against the decision.

2019 movie Javed Iqbal, directed by Abu Aleeha, is the Untold Story of A Serial Killer. The film’s screening was halted by CBFC one day before it was scheduled to be released.

In his drama I’ll Meet You There (2020), Iram Parveen Bilal depicts a Pakistani-American family living in Chicago. The CBFC cited that the movie “does not reflect true Pakistani culture” and “portrays a negative image of Muslims” as reasons for its ban.

Sarmad Khoosat’s 2019 film Zindagi Tamasha presented a close-up image of a Lahore-based family. After a backlash from the religious community, the film’s release was put on hold. TLP voiced opposition to this movie’s release. Additionally charged Khoosat with blasphemy.

The mystery-thriller Durj (2019) was written and directed by Shamoon Abbasi. It was mainly based on real events related to cannibalism. CBFC prohibited it, citing that it was “inappropriate” for public viewing. Later, local release was approved.

Hemal Trivedi and Mohammed Ali Naqvi’s 2016 documentary, Among the Believers, was banned by CFBC because it “projects (sic) a negative image of Pakistan in the context of ongoing counterterrorism and counter extremism operations.”

Ashir Azeem’s political thriller, Maalik, was released in 2016. The Sindh Board of Film Censor banned the film eight days after its release.

The youngest son of a Pakistani family is the subject of Jamil Dehlavi’s fantasy drama The Blood of Hussain from 1980. General Zia ul-Haq forbade the movie because it presented a fictitious military coup in a less than favourable light.

One of the earliest feminist films from Pakistan is Aurat Raj (1979). Rangeela both produced and directed it. After receiving a lot of hype, it was widely screened before being outlawed.

Zahir Raihan’s Bengali-language political satire Jibon Theke Neya was produced in Pakistan in 1970. The government had made numerous attempts to halt the movie and had threatened Razzak, the director and star, before they started receiving death threats.

Zara Gul, a movie directed by Salmaan Peerzada was banned in 199. The storycentred around about a rebel and revolutionary battling the repressive authorities.

Where does the banning of the films end? Are we going to lose cinematic masterpieces in the hands of our censor boards?

You have made it till the end!